I am not this body,
I hate it. 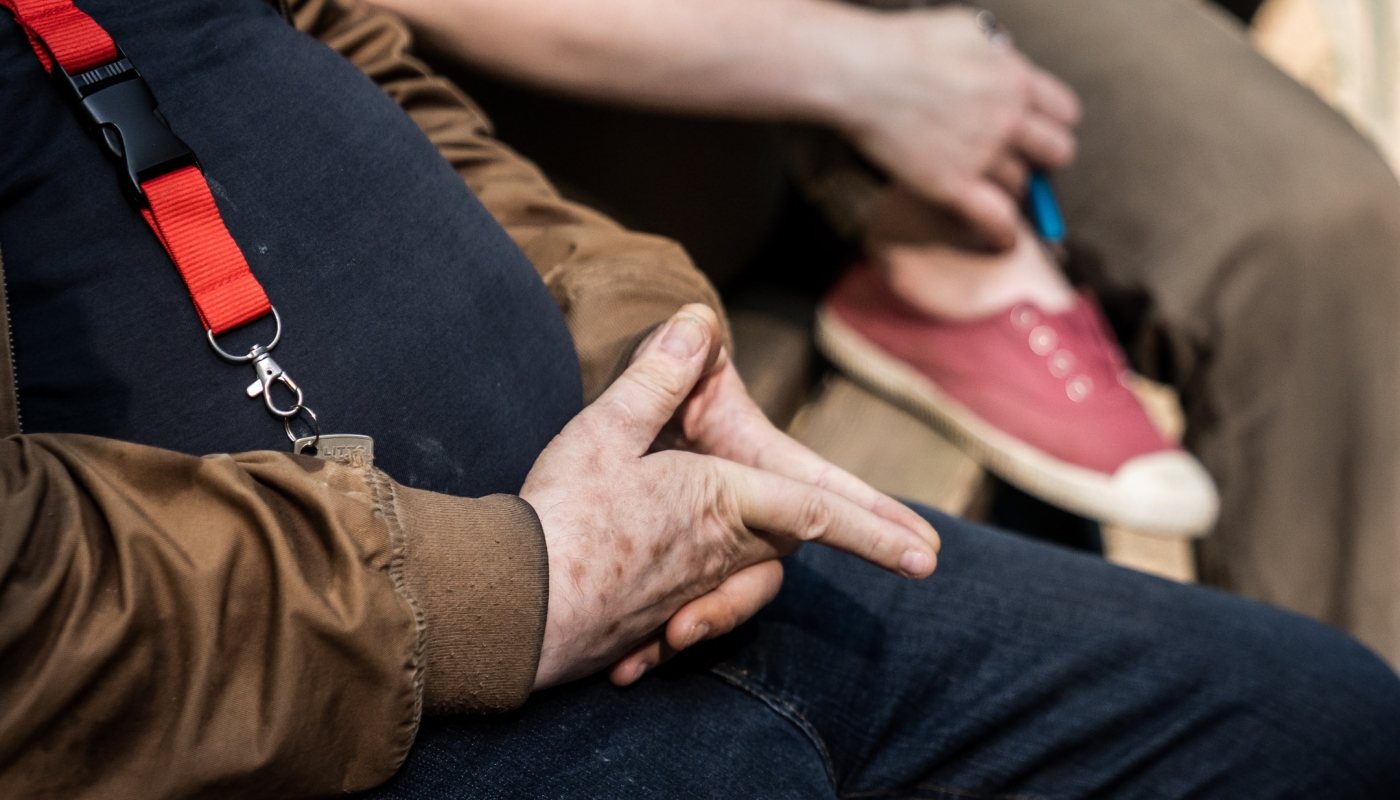 This is the story of a man, accompanied by the “My Way” team of Street Nurses. It is a moving, even shocking, story. But thankfully, it ends on a positive note.

If I were to speak to myself as a child, I would say: “Good luck!” My strongest wish? That most people suffering from muscular rheumatism (polymyalgia rheumatica) could work as they want. 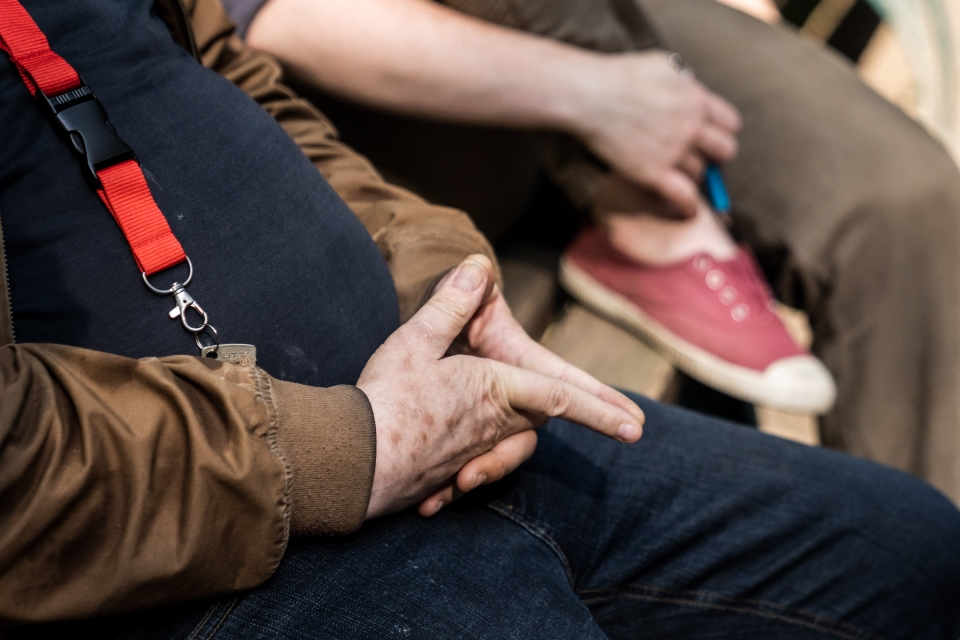 I was born in Brussels in 1975, prematurely at 6 months, followed by 2 months in an incubator.

I never accepted my handicap.

I see it as a punishment. My life never went according to my wishes. I don’t fit into the norms of society. True, society is changing, accepting people like me little by little. Or rather: we become more visible. Before, nobody wanted to see us. There are no (or really very few) ministers, actors, singers, who, like we, are less mobile.

And the invalid people in films are acted by people who are in good health. That gives a wrong image of who we are.

I’m getting old and don’t feel well. Solitude weighs me down.

I talk about “punishment” because I never wanted to be as I am; I’d rather have died. About everything I wanted to do, I was told “you cannot”. Followed by suggestions like: “Do something to keep yourself busy, while away the hours”; never to be like everybody else.

I’m almost 50 now; I never found the person to put my affairs in order. Now it seems too late to undertake anything at all. Nobody around me ever helped me; they called me crazy. Already twice I tried to put an end to it all.

Nostalgically, I live in the past: “Before, everything was better”.

Because today, technology alienates people from each other; the system and life have changed; there is no more time for people; soon we’ll even stop going to work; we won’t see other people anymore. And we were never consulted about the new system. Our voice was never heard!

Why, for instance, do banks close all their agencies? They got money enough to keep them open. But no…you now need a smartphone for your transactions.

This society is crushing us; we’re being treated like sheep.

I don’t want that! I want to change things!

I’ve seen a documentary about less mobile people. They’re talking about including people; in fact, they should stop putting people with muscular rheumatism together in schools and let them participate with everybody. They’re starting to do that in Belgium, but too often only exceptionally.

I’m not looking for excuses for myself, but my handicap made me seriously fall behind. I have no upper secondary education certificate, my reading, writing and arithmetic is very poor. But I’m not an idiot. What helps me are my communication skills. Thanks to TV, I’ve been able to teach myself.

It’s about time I put my head straight. I’m full of black thoughts. Things were more or less fine before I moved into my own home in January 2020. But then Covid messed up everything.

I cannot take it anymore; I come here not to be alone with my misery.

I am not this body, I hate it.

I don’t drink, don’t use drugs, because they only produce more trouble – which I already have in spades.

Life is so difficult for an adult, independent and alone. I don’t sleep well, don’t eat well…

People like us, with this sort of handicap, what can we offer? I doubt whether I’m of any use in life; I cannot change things, I cannot work. What use am I? Why did they keep me alive?

In politics, elections don’t change anything; the system is fixed – while profound changes are necessary.

People who accepted their handicap don’t dream about what they cannot have; they don’t worry comparing themselves with others. They live THEIR lives.

My parents didn’t want to understand my handicap. They made me believe that I was to blame, that I made no effort – and they treated me like some incapacitated person. “The system feeds you, while you’re doing nothing”, “Look at the people in Africa, THEY manage, they have families…”

This was the system’s message: “You would have succeeded - if only you had wanted to.”

My father was self-taught. He found work here and succeeded. He didn’t understand that someone like me, who could go to school, couldn’t become a lawyer, a medical doctor, or an engineer. He never believed in me – and that’s what I now seriously need. I would have loved to be socially active; to get up every morning and go to work; to do like everybody else.

I hate this body, I resent it; I have given up all hope.

I don’t see a place for me in this society. How can less mobile people (even the newer generation) survive in such a society?

We’re happy to say that, after drafting this text in 2021, this gentleman is much better now, thanks to the support of the “My Way” team and the care network. He found places where people listen to him. That does him good; he feels valued there.

Want to know more about our work in My Way?