“To make you laugh” 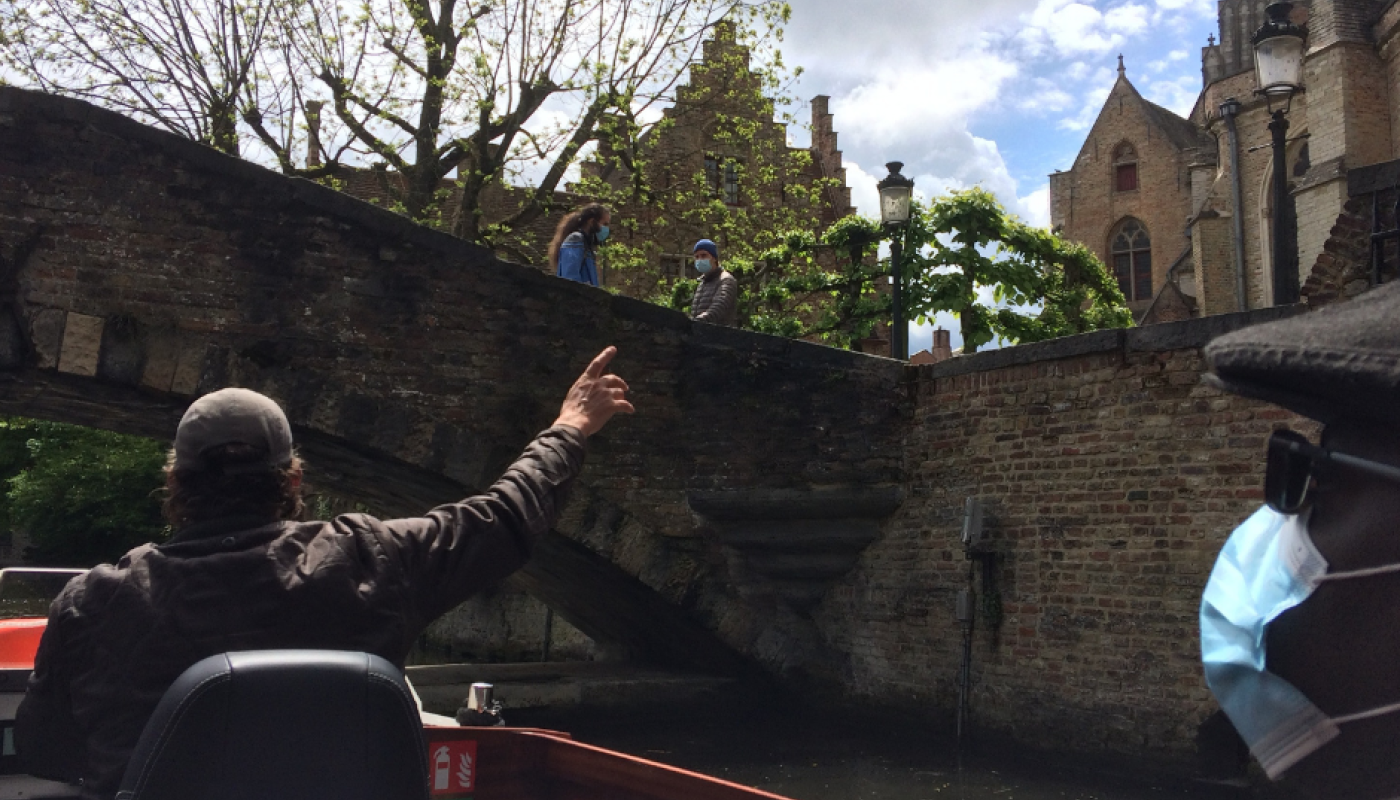 Arcadia! No, not the mythological land where happy shepherds play the flute and live off love and fresh air. It’s the name of a retirement home where the “My Way” team pays a visit to see how Mr. M. is doing.

After many years of life on the street, he had found, thanks to Street Nurses, a home of his own. Happy to be able to turn his back on raw street life – one of Street Nurses’ main objectives in view of the reintegration and independence of its homeless patients. A success much enhanced when his partner, equally liberated from street life, could move in with him.

But happiness is brittle. Suffering from mobility problems, she cannot stay with him. Being alone in his apartment, Mr. M. gets depressed. His next of kin avoid any contact, which makes matters only worse. But the “My Way” team stays by his side and organizes an alternative: a retirement home where he’ll find company and good care. At first, he’s anything but enchanted: a new environment with, unavoidable, rules to be respected…

But he lets himself be convinced and now he’s been a resident for three months. When we enter, he greets us with a big smile! Past fears seem vanished. On the door of his room, he glued plastic bits and pieces into a big artistic scene about Superman. His walls are full of pictures of people dear to him – and of his little cat, which house rules didn’t allow him to bring in. On his nightstand, books: he reads a lot.

No trouble getting the conversation going. Mr. M. talks non-stop, tells jokes, and reassures the team with answers to their questions. The weather is nice, and we propose a short walk to a small park in the neighbourhood.

At the home’s exit, he flirts with the receptionist and her reactions show that, already, he’s quite a well-known and appreciated character. Not only in the home. In the street, he seems to know all passers-by and greets everybody cheerfully. It’s anyway difficult to overlook him, in his colourful outfit, cap and cane, signaling unmistakably his favourite soccer team.

Forgotten, the long, cruel path of life? Slammed shut, the door to the past? Of course not. Impossible to miss the melancholy, especially at the memory of his partner and a deceased friend. But equally unmissable: his zest for life is back! Suddenly, he pulls up his T-shirt to show us the bruises inflicted by a fall in the shower. He clearly enjoys telling us the story in every detail. And adds: “I’m telling you all these anecdotes to make you laugh”. “Make you laugh” – and to say that we came to cheer him up…