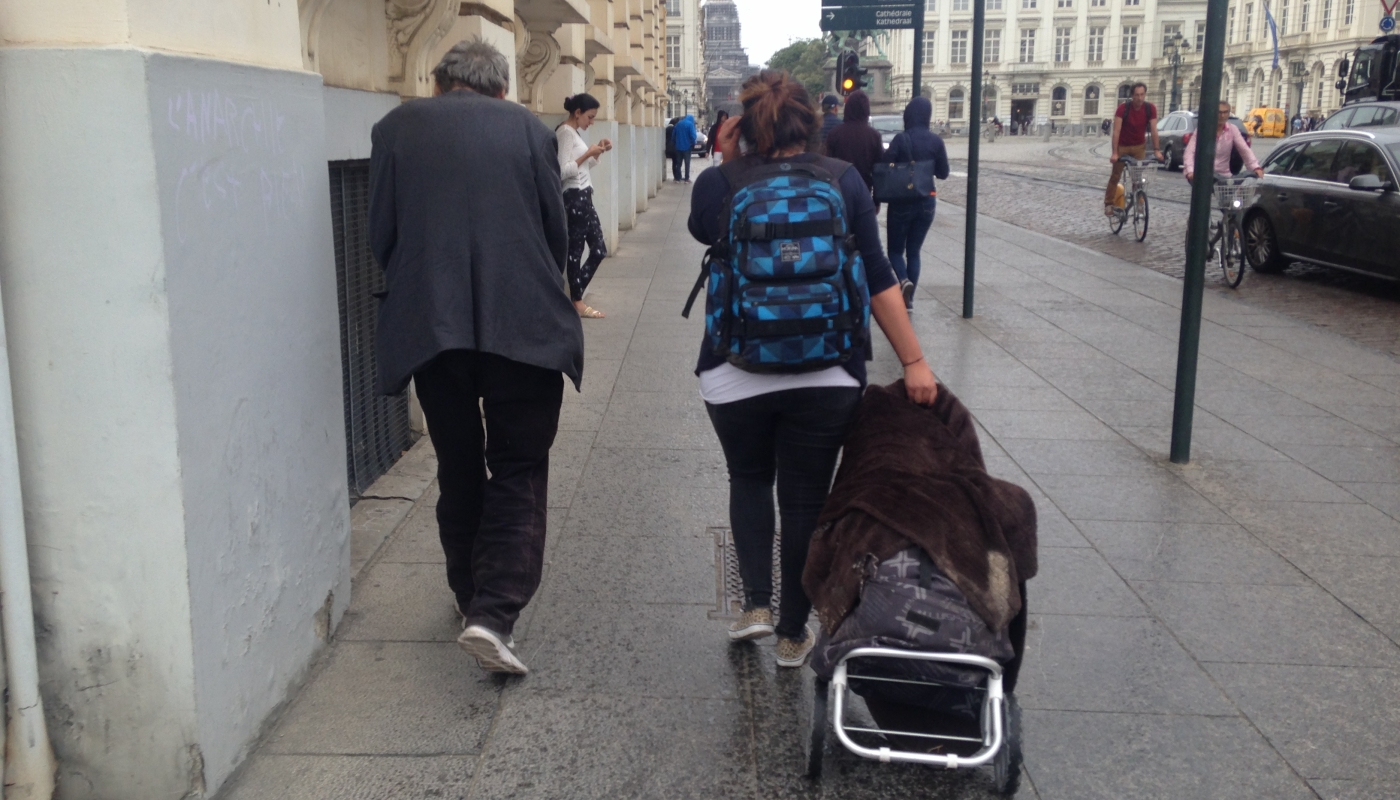 Today I’d like to share a hopeful life story with you. It’s about V, a man in his forties. People knew him well in his Brussels neighbourhood. He had been living there on the street for years, but neighbours and shopkeepers already knew him from before; some even went to school with him. “He doesn’t want a home. He wants to stay on the street”, we were told.

At first sight, Mr. V’s situation was critical. Overall, his health was not good, and he cumulated a number of physical and mental problems.

When we decided to contact him, communication was difficult. He remained friendly and polite but also taciturn. He often avoided us and said he needed nothing.

But gradually he recognised us and started greeting us.

That allowed us to make the next step: addressing the question of hygiene and the importance of looking after oneself. A shower? “No!” A wash basin perhaps? “Neither!” A cleaning tissue? ”OK, if you insist.”

Until the day that he wanted a shower himself!

We then took him to a hygiene and care center where we bring most of our patients. From thereon, a solid bond developed between him and us.

That was a positive moment for him, but life on the street remained difficult. On average, he slept four hours a night and was obviously tired. We therefore referred him to a day center where he could take a nap or get a coffee. That place meant a lot to him.

That made us start talking about a home.

And gradually he formulated a wish: a small flat just for himself. But not just anywhere! In the area where we met him and where he belongs. Where for years he has known all the ins and outs.

We were very fortunate when a home became available, in that neighbourhood! We offered it to him, and he agreed to visit it. He found that stage very stressful but agreed to take on the experiment with us.

He has lived there for a few months now. He feels good and is better rested - even if it will take more time for him to get attached to the place.

Which goes to show that little steps sometimes go a long way.